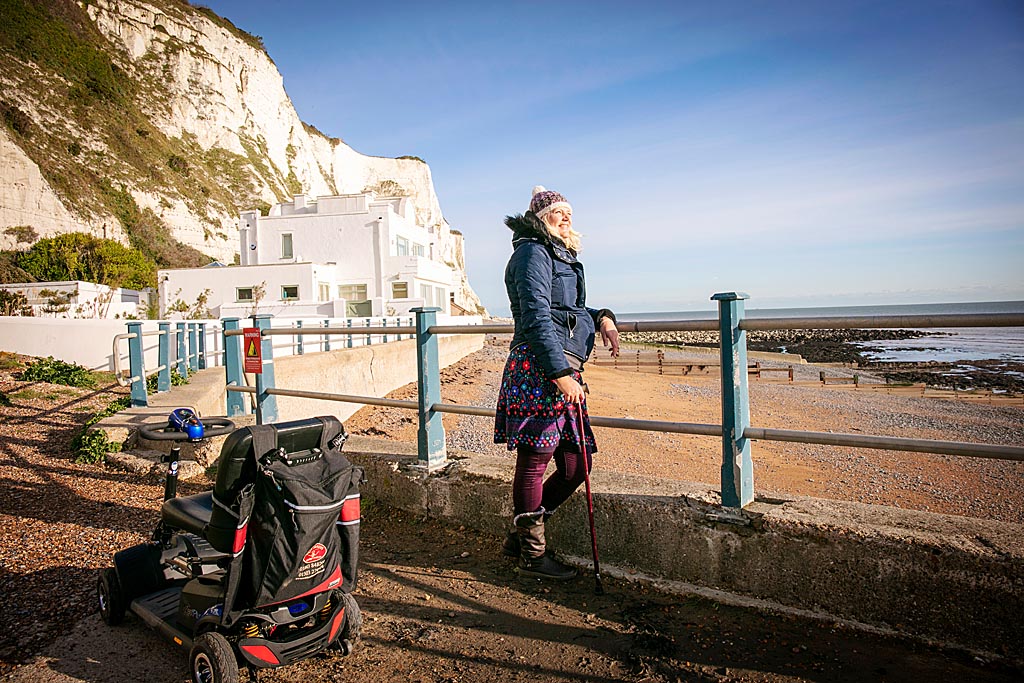 We are absolutely delighted that Kent’s Heritage Coast in the Kent Downs AONB has won international recognition as the 4th region on Lonely Planet’s Best in Travel 2022.

Kent is the only UK destination to feature and was selected for its unique experiences, ‘wow’ factor and its ongoing commitment to sustainable tourism practices.

Huge congratulations to all the local organisations, businesses, and people that make Kent’s Heritage Coast such a special place to visit!

Read on to find out more including how you can get involved.

I'm a visitor or resident

Find a Walk or Cycle on the stunnng Kent Heritage Coast .

I'm in the travel trade

We look forward to sharing more about our experiential sustainable tourism products in the Kent Downs Area of Outstanding Natural Beauty. Please tell us about your business so we can find the best new experiences for you and your customers.

Find out all about what the Lonely Planet judges loved about the Kent Coast and their top tips for travelling here in 2022.

The magnificent chalk cliffs between Folkestone and Kingsdown form Kent’s Heritage Coast, one of Britain’s most evocative and best-known landmarks. For many, they are the first sight of Britain while views to France hold a special appeal, where chalk and clay cliffs, also held in great national regard, mirror the landscape drama. The Dover Strait is one of the world’s most important, recognised and busiest seascapes.

The Heritage Coasts are a popular area for quiet countryside recreation; the cliff tops are crossed by the Saxon Shore Way Long Distance Path and the North Downs Way National Trail. The England Coast Path has been created along these sections of coast and there are several areas of open access land. Several areas offer extraordinary, panoramic views across to France. While access to the base of the cliffs can be difficult, it provides a feeling of remote wildness and relative tranquillity and with exposure to the elements.

The Heritage Coasts either side of Dover have been defined as some of the best undeveloped coast in England, they include the shoreline, cliffs and adjacent downland. The White Cliffs form part of the UK’s national identity; forming a soaring landscape with a seascape of vast horizons of sea and sky extending westwards to the subtle crumbling Greensand and Clay cliffs of Folkestone. Behind the rearing cliffs is a landscape of windswept coastal chalk downs, with further undeveloped areas of salt-wind sculpted scrub, open downland, and farmland punctuated by the remnants of thousands of years of exchange and conflict. The Heritage Coasts are one of the few places in south east England which offer a true feeling of ‘wildness’. The everchanging chalk cliffs, foreshore and seabed platform are home to distinctive wildlife influenced by the sea, climate, geology and exposure. The wildlife of the Heritage Coasts is internationally important, the clifftops consisting of nationally important chalk grassland and scrub, the cliff-faces supporting important breeding sea bird colonies including increasing numbers Fulmars, Rock Pipits, Lesser-black backed Gulls and Peregrines. Seabirds wheeling high in the sky connect the sea and sky.

The cliffs and grassland contain rare plants such as Hoary and Sea Stock, Rock Sea Lavender, Sea Heath and Wild Cabbage. Most of the area is protected as SSSI, not just for the rich communities of birds, wildflowers but also seaweeds and particularly for the invertebrates. The Heritage Coasts are a vital landing point for migrating birds and insects and are home to many rare species which has been likened in biodiversity terms to the tropical rainforests.

The proximity to mainland Europe places the Heritage Coasts in a key position as species migrate in response to climate change. And of course climate change is already starting to shape the Kent Downs landscape and its future impacts are likely to be significant and profound. The Kent Downs AONB Partnership champions positive, proactive, and urgent approaches for mitigation and adaptation which support the landscape character and ecosystem of the AONB drafting ambitious and challenging targets as part of the management plan, find out more here.

“We are absolutely delighted that Kent’s Heritage Coast has been recognised globally and are honoured that this part of Kent is flying the flag for sustainable tourism in the UK. This is a real testament to the beauty of our landscape and a reminder of how important it is to tread lightly as we enjoy the countryside and coastline.

Our team and partnership are dedicated to promoting careful, inclusive, sustainable tourism so that the visitor economy benefits us all, our businesses, our visitors, our communities, and the extraordinary landscapes we are here to conserve and enhance. The Lonely Planet’s recognition of the landscape and our work is just so important and empowers us to have even greater ambition.

Kent’s Heritage Coast is well connected by train, including the high-speed link to London, and we encourage people to travel sustainably and think of taking slow ways, like walking or cycling. Explore hidden gems away from the crowds, particularly during the beautiful off-season in Autumn and Winter, and join authentic experiences with local experts knowing that by visiting responsibly you’re helping to support the landscape and local economy.”

"Over the last year we have truly come to appreciate the beauty on our doorstep and the need to travel more responsibly. Kent’s Heritage Coast offers a unique combination of history, heritage, stunning and iconic natural landscapes and is now a leader in sustainable tourism initiatives. Already recognised as an Area of Outstanding Natural Beauty, the county is implementing ambitious plans to establish a Global Geo Park, has created a cross-channel collaboration with regions in France to protect shared nature and heritage as a UNESCO World Heritage Site, as well as developing community projects to benefit locals and visitors alike. It is this forward-thinking approach and commitment to regenerative tourism that has rated the region so highly in this year’s Best in Travel list."

"The Kent Downs team and local businesses have been working hard to develop tourism experiences for residents and visitors to really immerse themselves in the incredible natural assets of the Kent Downs, so getting this recognition couldn’t come at a better time to help support businesses who love the landscape as much as we do. It’s just brilliant."

"This is fantastic news; this amazing coastline is served by 2 National Trails, The North Downs Way, and more recently The England Coast Path. To truly experience this coastline visitors should get out there and walk it. These routes provide the best, and most immersive experience with clifftop walks, beautiful countryside running alongside military heritage, local produce and incredible views. We’re delighted to welcome visitors from all over the world to enjoy what the locals have long known."